Presenting Sponsor
Inside Out Sports

The 13th Tobacco Road Marathon and Half Marathon is planned for Sunday, March 19, 2023.

The Veradigm Tobacco Road Full Marathon features over 20 miles of the American Tobacco Trail (ATT). The rest of the course is flat and fast with a downhill finish. Up to 20 percent (in 2017; 15 percent in 2021) of our runners qualify for the legendary Boston Marathon! Less experienced runners benefit too as the fast, flat, energy-absorbing course and ideal temperatures averaging in the 40s and 50s Fahrenheit make it a great venue for your next personal record.

Over the past 12 years, the Tobacco Road Marathon has raised over $1.3M for charities including

JDRF, American Red Cross, Hope For The Warriors, and Triangle Rails To Trails Conservancy. Thank you for running to help these worthwhile causes!

Taking precautions for the COVID-19 pandemic, our 2021 event was delayed from March, 2021, to the weekend of May 15-16, 2021, where, unlike the past, we ran the two distances on different days--the Full on Saturday and the Half on Sunday.  We were concerned about warm temperatures in North Carolina in May...especially for the runners running in the late morning/early afternoon, but the weather cooperated wonderfully with great running temperatures!

Due to COVID-19, our 2020 event was, unfortunately cancelled just three days before the event, when all runners' training, nearly all of our planning, and most of the costs were done.  We turned this race into a virtual event with runners being able to pick up their t-shirts and medals in late spring.

Our 2019 event took us past an important milestone:  One Million Dollars (yes, $1,000,000) in charitable giving. The primary beneficiaries are JDRF, American Red Cross, Hope For The Warriors, and Triangle Rails To Trails Conservancy. If you have run with us before, we want you to be very proud of helping us achieve record annual contributions.

If you have never raced one of our races - the marathon or the half - then there has never been a better time to join us on our fast, flat, and fun American Tobacco Trail course. Our all-volunteer board and 700 race day volunteers want you to join us in contributing to good works in our community and beyond!

The Veridigm Tobacco Road Marathon and Half Marathon are the first of their kind to embrace the town of Cary, North Carolina, and Western Wake County. They are organized by a non-profit -- 501(c)(3) -- organization dedicated with its sponsors to providing financial assistance to its partner charities by channeling the passions of runners everywhere, and particularly those in the North Carolina Triangle area, into a powerful force for good.

In addition, the event greatly benefits the Town of Cary and the surrounding communities. Approximately 4000 runners and thousands of spectators are expected to visit. With the race being held on Sunday, many runners will make Cary a weekend destination; arriving on Friday to get settled and spending Saturday enjoying the shops, people and great food of the local communities. The enormous economic benefit from hosting a marathon has been demonstrated in nearby cities that stage similar events such as Richmond, Charlotte, and the Outer Banks.

The inaugural event was held March 21, 2010, with over 3400 registered runners, representing 39 States and has grown every year. In 2014 the Tobacco Road Marathon was named by Runner's World Magazine as one of the top nine best new marathons.

Since the first running of the Tobacco Road Marathon in March 2010, we've been dedicated to providing the most support of our charities by keeping our race truly a 'not-for-profit' event. The TRM weekend is produced by an all-volunteer staff and 100% of proceeds from registrations and sponsorship go to our outstanding charities. We are honored to partner with them and have many of their employees, friends, and family at our race as runners and volunteers.

We passed $1,000,000 milestone in cumulative giving in 2019! Thank you to our sponsors and runners for making such generous giving possible. 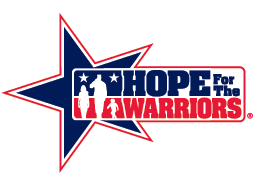 Hope for the Warriors


Hope For The Warriors was founded by military families aboard Marine Corps Base Camp Lejeune, NC in 2006 as they witnessed, firsthand, the effects war imparts on service members and their families. Hope For The Warriors has remained grounded in family values as the organization expands both the span of programs offered and the number of wounded, family members, and families of the fallen assisted.

The leadership of the organization remains in the dedicated hands of combat veterans and military family members. Together, our board of directors, staff, and volunteers work tirelessly to serve those who have sacrificed so much. The integrity of our organization is paramount and therefore our representatives are as honorable and noble as our mission and the people we serve.

The American Red Cross is where people mobilize to help their neighbors—across the street, across the country, and across the world—in emergencies. Each year, in communities large and small, victims of some 70,000 disasters turn to neighbors familiar and new—the more than half a million volunteers and 35,000 employees of the Red Cross. Through nearly 700 locally supported chapters, more than 15 million people gain the skills they need to prepare for and respond to emergencies in their homes, communities and world. 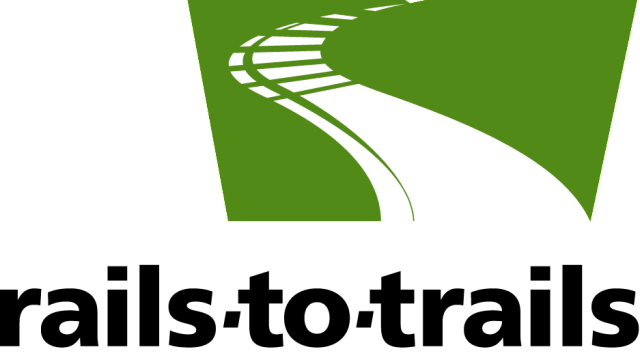 Founded in 1989, the Triangle Rails to Trails Conservancy (TRTC) is a state chartered non-profit, organization. Its purpose is to work with local and state government officials to preserve local abandoned railroad corridors for future transportation and other interim uses such as recreational trails.

JDRF is the leading global organization focused on type 1 diabetes (T1D) research. Driven by passionate, grassroots volunteers connected to children, adolescents, and adults with this disease, JDRF is now the largest charitable supporter of T1D research. The goal of JDRF research is to improve the lives of all people affected by T1D by accelerating progress on the most promising opportunities for curing, better treating, and preventing T1D. JDRF collaborates with a wide spectrum of partners who share this goal.

Since its founding in 1970, JDRF has awarded more than $2 billion to diabetes research. Past JDRF efforts have helped to significantly advance the care of people with this disease, and have expanded the critical scientific understanding of T1D. JDRF will not rest until T1D is fully conquered. More than 80 percent of JDRF's expenditures directly support research and research-related education.  For more information about type 1 diabetes research, click here.